Fentanyl-Laced Counterfeit Pills are a Growing Problem in Texas

Fentanyl-Laced Counterfeit Pills are a Growing Problem in Texas 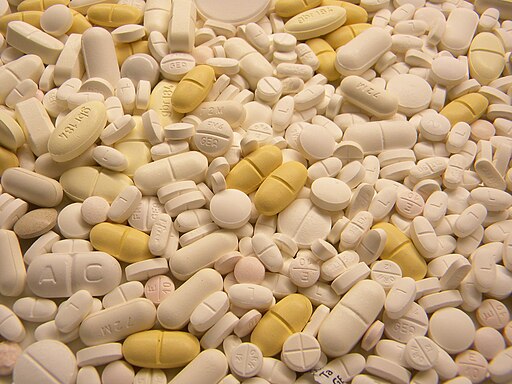 Fentanyl-laced counterfeit pills are becoming a problem in Texas

Across the country, fatal overdoses caused by fentanyl are growing as research shows that accidental fentanyl use is increasing. According to a report issued by the Partnership for Safe Medicines, Texas has joined a list of 40 states that are facing a proliferation of counterfeit painkillers manufactured using illegal fentanyl.

With a potency 50 to 100 times greater than morphine, fentanyl is most often used legally to treat advanced cancer pain and frequently comes in lozenge or patch form. However, fentanyl’s availability on the black market has grown in recent years. Law enforcement officials in numerous states have discovered heroin laced with fentanyl in drug busts and while investigating fatal overdoses, and now the illicit use of fentanyl has expanded to counterfeit medications as well. Fake pills made of fentanyl are frequently made to look like many of the legal prescription drugs that are highly addictive, and the difference between real and counterfeit pills can be difficult to distinguish despite their vastly different potencies.

Why have black market manufacturers begun counterfeiting medications using fentanyl? According to Lisa McElhaney, president of the National Association of Drug Diversion Investigators, the reason is simple: money. She says that counterfeiting medications using fentanyl is “relatively cheap” while “the profit margin is phenomenal…you’re talking about such a miniscule amount, but it has such a heavy potency and purity level that it is fatal.” U.S. Attorney John Parker says that supply is also part of the growing problem, as illegal fentanyl is surprisingly easy to import from countries like China.

The threat of fentanyl-laced medication initially emerged in northern states, but its spread to the rest of the country has been rapid. The unit commander of Johnson County’s Stop the Offender Program, Larry Sparks, noted that the problem of counterfeit pills made with fentanyl is “starting to get big here in Texas,” with 2017 standing as the program’s busiest year yet.

While counterfeit medications are inherently dangerous, the risks presented by accidentally ingesting fentanyl are particularly great. Recent data released by the Centers for Disease Control and Prevention show that over half of those who fatally overdosed on opioids in 10 states in the latter half of 2016 also had fentanyl in their system, suggesting that fentanyl increases the risk of lethal overdose. Indeed, the danger of accidental overdose on fentanyl is so great that even forensic examiners are at risk. Officials at the U.S. Drug Enforcement Administration state that analysts examining fentanyl in state and federal forensic labs must take special precautions as lethal doses of the drug can be accidentally absorbed through the skin or inhaled.

While U.S. Attorney John Parker believes that Texas is going to see “a continued increase and spike in the number of overdoses and deaths” caused by inadvertent fentanyl use, law enforcement has made some progress in curbing the problem. Last August, investigators with the Stop the Offender Program arrested Brady Wirth Gaisser for running an illegal processing lab for carfentanil, a synthetic opioid analogous to fentanyl; Gaisser currently faces first-degree felony charges.

If someone feels they have developed a dependency on prescription medication, it is important to seek help as soon as possible.  As the federal government continues to crack down on doctors that over-prescribe these medications, the black market will be flooded with counterfeit drugs.  At Bay Area Recovery Center, we are committed to helping people through the recovery process and preventing an accidental overdose.