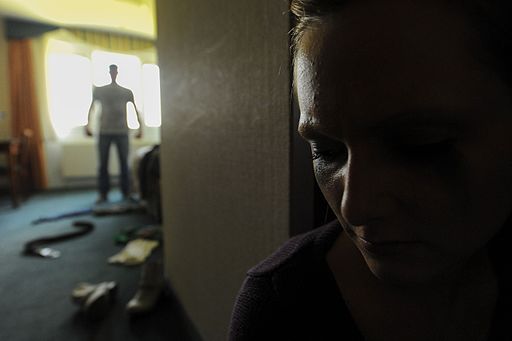 Drug and alcohol abuse has a habit of preying on those already in disadvantageous situations or struggling with other emotional or psychological challenges. One example of this is the high percentage of domestic violence victims who also suffer from substance abuse, often for a variety of reasons, from coping to a means of control.

According to an article in American Society of Addiction Medicine magazine, “Substance abuse and high-risk alcohol use/abuse are more prevalent among women who experience [Intimate Partner Violence (also known as domestic violence)] compared to a cohort with no IPV experience”.  Tobacco use also is higher among victims of IPV.

A 2009 study conducted by the U.S. Department of Justice found that approximately 42 percent of domestic violence victims and survivors were using drugs or alcohol at the time the assault occurred, although many believe the percentage of co-occurrence to be even higher.

The factors behind the statistics are varied, and often cyclical. According to DomesticViolence.org (an online resource for people both actively  involved in, as well as those attempting to escape situations involving domestic abuse), an abuser will often force substances upon a victim to control them, as well as influence feelings of shame, guilt, depression, anxiety, powerlessness, and sexual/relationship dysfunction, in an effort to disempower them. Among the population of domestic violence victims, there also is a disproportionate probability of them relying on alcohol and drugs as a coping mechanism, “to dull or numb or block any sort of emotional upheaval that the abuse causes,” Susan Bernstein, a licensed social worker and MA-based therapist who specializes in trauma, told DomesticViolence.org.

Domestic violence victims are at an increased risk of substance abuse in numerous ways.

“Unfortunately, using drugs or alcohol can impair your ability to clearly assess what is going on in your relationship,” Bernstein added. “When you stop drinking or using drugs, you may recognize that you are covered in bruises or experiencing psychological abuse.”  In essence, the use of drugs and/or alcohol may limit a person’s ability to properly recognize that their situation is indeed abusive.  While using chemicals as a coping mechanism, the violence may escalate without the user being aware of it.

Additionally, substance abuse can debilitate a person’s judgment, decision-making and thought processes, making it difficult to safely arrange or execute a plan to escape an abusive partner. In cases where the abuser also is the victim’s supplier, there may often be a dependency that compounds the challenge of leaving the relationship.

Domestic abuse victims may also be reluctant to contact law enforcement, because they are concerned about being arrested or referred to the Department of Human Services, particularly if children are involved. Finally, when it comes to recovery, survivors who are struggling with substance abuse must then work to resolve both issues simultaneously, which can require different service providers and a multi-faceted approach to recovery, as a majority of domestic violence programs do not offer substance abuse counseling.

Sobriety may seem unrealistic or even unattainable for someone in an abusive relationship, causing more stress and anxiety than it’s worth. However, it can help survivors in a number of ways.

“Domestic violence survivors who once used alcohol or drugs may be able to more clearly understand the level of abuse they are facing,” states DomesticViolence.org. “They may be better able to develop and follow a plan for keeping themselves safe. They can gain the confidence to call the police without fear that they might be arrested or referred to child protection agencies.”

Resources for those seeking help with domestic violence issues, substance abuse or both include shelters staffed with social workers and advocates; support groups; therapy; recovery centers; and self-defense courses.